“Digital education and jobs creation are essential factors that demand our efforts as both society and country”, Mr. Carlos Slim said in a ceremony of his 50th anniversary as an engineering graduate by the Universidad Nacional Autónoma de México (UNAM), organized by engineers and architects associations.
May 28, 2013. Palacio de Minería, Ciudad de México.

In his 50th anniversary as an engineering graduate, Mr. Carlos Slim was given a moving acknowledgment by the Engineers & Architects Association of Mexico (AIAM in Spanish), the Civil Engineers College of Mexico (CICM), the Mexican Chamber of the Building Industry (CMIC), the Alumni Society of UNAM’s Engineering School (SEFI) and the National Chamber of Consulting Firms (CNEC). Mr. Slim did receive the commemorative honoring from Dr. José Narro Robles, UNAM’s Rector.

Mr. Slim’s friends, collaborators, former schoolfellows, and UNAM’s professors did attend Palacio de Minería to go together with Mr. Slim, who said: “In order to get growing, countries need physical infrastructure, educated people, and jobs offering for the young, so it is clear that investment is needed to get both economic activity and development”, while stressing that “employment is the only one permanent solution for poverty”.

Likewise, Mr. Slim did emphasize a need for digital and quality education and using technology for teaching, which will allow us to take a qualitative and quantitative leap forward. In order to get it, he pinpointed, "universal broadband access and on line open free courses, contents, and local apps, both national and internal, are indispensable."

During the ceremony, Mr. Slim was accompanied by his family, sons and grandsons. 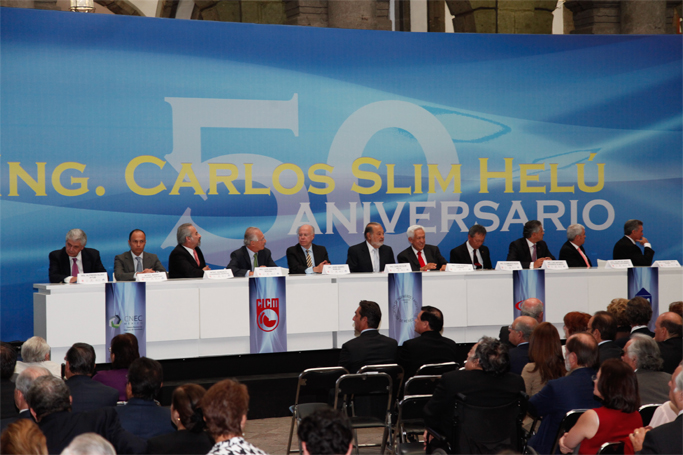 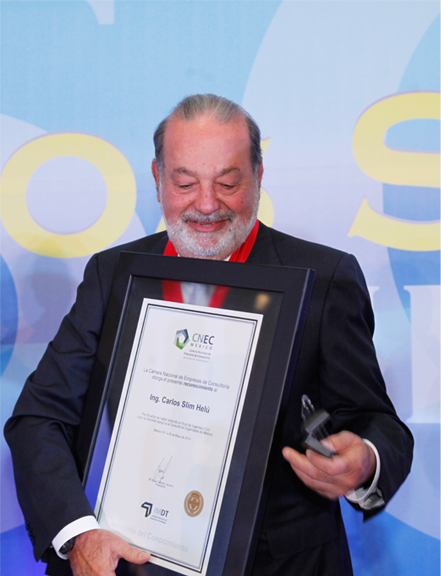 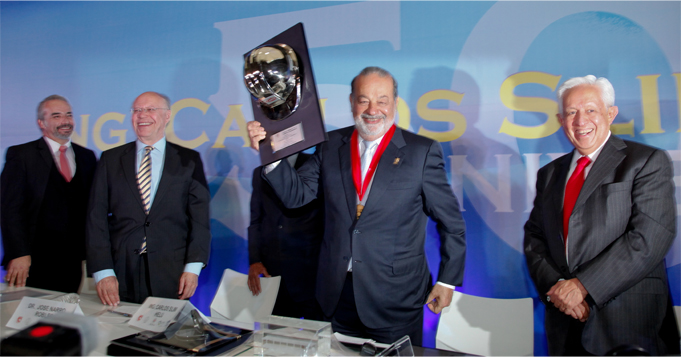 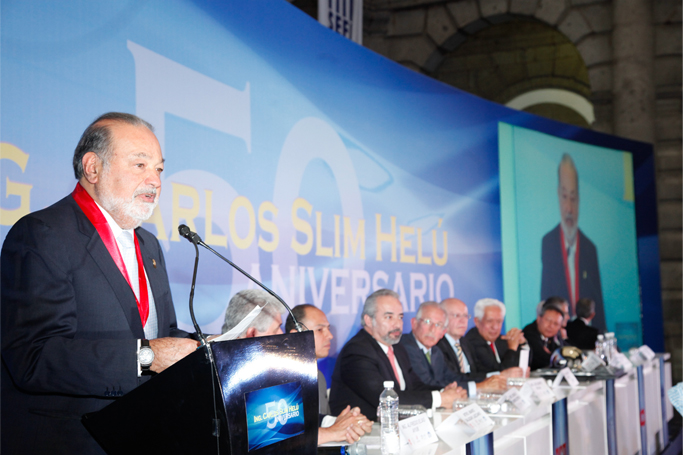 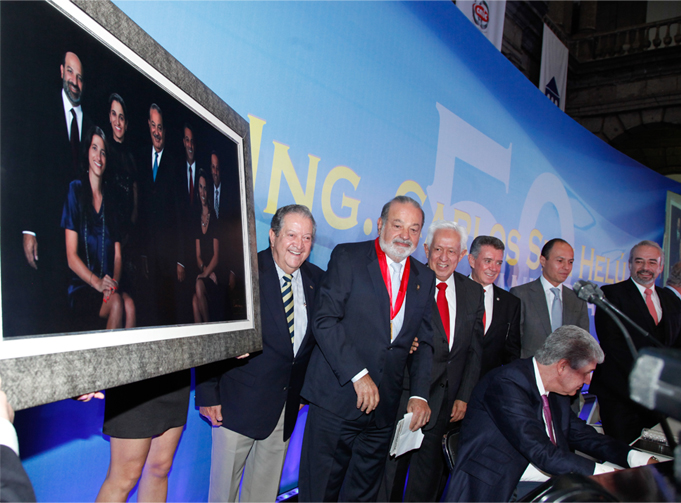